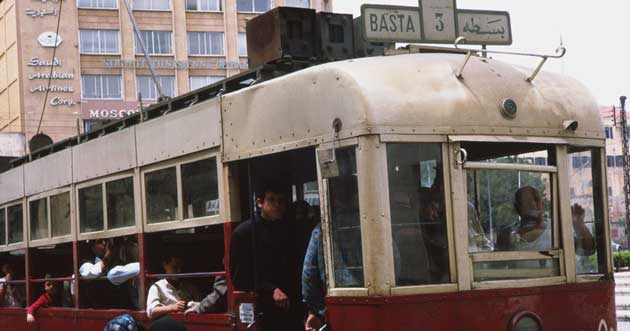 There are high hopes in the future of Lebanese urban mobility! The country’s public transport infrastructure had been deteriorating for years due to lack of investments and funds. In March 2018, the World Bank approved a US$295 million package to improve the reliability and attractiveness of the public transportation service.

Despite the high population density (1,543 people per m2), Lebanon lacks any form of modern urban transportation system, which intensifies the level of congestion on the roads and heavily weighs down the country’s economy as well.

The Greater Beirut Public Transport Project (GBPTP) that aims at improving the Public Transport System has revealed an over-reliance on international funding, but still generates a lot of benefits. On March 15, 2018, The World Bank approved a public transportation reform loan (US $295 million package) and a grant of $69.8 million from the Global Concessional Financing Facility (GCFF) to support the overhaul of Lebanon’s deteriorating transport sector and the implementation of the government’s investment plan.

This funding, to be repaid over a period of 31 years, offers an eight-year grace and will be used to help develop a sustainable public transport system.

The GBPTP is based on three key components:

Discover our latest videos on the economic news in Lebanon :