Egypt Navy plans to procure 2 MEKO A200 corvettes from Germany 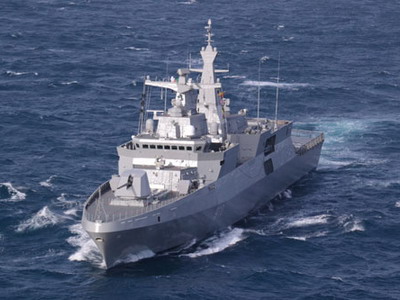 Egypt’s naval acquisitions as part of an ambitious navy modernisation program could be a sign of political aspirations. According to French newspaper La Tribune, Egypt is considering the purchase of two other MEKO A200 corvettes for its navy as an alternative to Naval Group corvettes for an amount of 1 billion euros. Egypt Navy is negotiating a contract to equip the ships with the MBDA Aster 30.

Egypt Navy, which has a long tradition of getting German arms, wants to reduce its dependence on Naval Group of France (formerly known as DCNS) for procurement of high-performance vessels. According to French financial newspaper La Tribune, Egypt is negotiating with ThyssenKrupp Marine Systems (TKMS) to get two other MEKO A200 corvettes for an amount of approximately 1 billion euros as an alternative to Gowind corvettes provided by the French rival.

The purchase of two MEKO A200 corvettes came as a surprise to much of the community: the French corvettes of Gowind family manufactured and sold by DCNS are sold at a significantly lower price than those of TKMS. On the other hand, Egypt Navy would have asked the Germans to equip their corvettes with the MBDA Aster 30, which is also included on the Gowind corvettes.

Egypt’s naval modernisation remains a high priority despite economic woes. During the last five years, the Egyptian navy has realised corvette procurements which have advanced its capabilities. Its first corvette of Gowind family has successfully completed the phase of open sea trials on March 2017 and one of its most valuable vessels (Submarine type 209/1400) was acquired on April 19.

The over reliance of Egyptian navy on one provider has also been reduced over the few past years. Egyptian naval procurements include among others: 1 Pohang class corvette from South Korea, 2 Osprey class minehunters from USA, 2 submarines type 209/1400 and 4 Gowind 2500 class corvettes form France.