First International Exhibition of Military and Defence Industries in Egypt 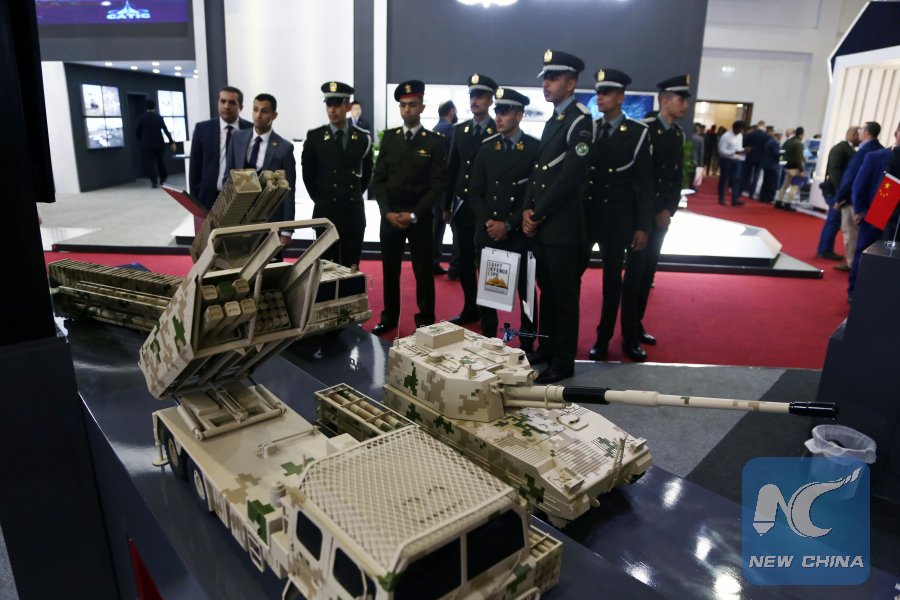 In cooperation with the Ministry of Military Production, the Egyptian Armed Forces organized an international press conference to announce the organization of the 1st Defence and Military Industries Exhibition (EDEX - 2018), which took place from 3 to 5 December 2018 at the International Centre for Egyptian Exhibitions with the participation of major exhibitors and international companies in the field of defence and security at the regional and international levels.

Egyptian President Abdel Fattah al-Sissi and French Army Minister Florence Parly opened the first weaponry exhibition in Cairo on Monday morning, December 3rd. Egypt, one of the region’s leading military powers, took profit of this event to promote the exchange of experiences between the main international and local organizations in the fields of weaponry, defense and military industries and discuss in depth the latest technological and industrial developments.

More than 316 major Egyptian and international companies from more than 41 countries in the defense sector, manufacturers and international exporters of the most sophisticated equipment, technologies, and systems for security and defense participated in this exhibition. International pavilions from 21 countries attracted more than 10,000 visitors including senior military officials and industry representatives.

The proceedings began with a speech by General Dr. Mohamed El-Assar, the Minister of Military Production, in which he stressed that political leaders attach great importance to this exhibition to be a major international event among similar international exhibitions and conferences. He called back the major operations his forces are conducting in the region to fight terrorism and bring back peace to the Middle East.

This important event, which is due to take place every two years, is also a great opportunity to sell Egyptian weapons and expertise to Arab and African countries as it is expected to serve as a transitional point for regional and international markets.