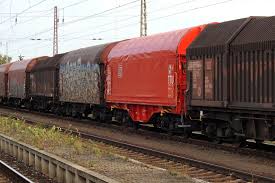 The accident of a train set off a major fire inside the Ramses central station, killing at least 20 people and injuring some 40 others on Wednesday 27th of February at Cairo's central station, causing the Egyptian Minister of Transport to resign.

The main entrance to the station was filtered by the police. Inside the station, a burnt-out train was inspected by police and firemen, while journalists and passers-by took pictures. Egyptian Prime Minister Mostafa Madbouly quickly visited the site.

In a public statement, he warned that “any person liable for negligence (at the origin of the accident) will have to answer for it” and face “serious” consequences. Feeling targeted, Transport Minister Hisham Arafat quickly tendered his resignation, which was accepted by Prime Minister Mostafa Madbouly, the government announced in a statement.

The accident, which occurred in the morning, caused a major fire and damaged part of the central station’s facilities, also known as the “Ramses station”. A surveillance camera captured the scene, according to a video consulted by news sources. It shows passers-by moving on a platform, then a train arriving at high speed that does not stop before hitting the end of the platform.

The impact immediately caused an explosion followed by a fire, according to the same images. According to witnesses, the passengers on the train set were evacuated, but several of those on the platform were struck by the impact of the collision of the power train with a wall at the end of the platform and by the fire.

Shortly after the accident, numerous photos and videos shared on social networks showed a thick plume of black smoke rising above the station. Other images, filmed inside the station, showed a burning platform and people rushing to rescue the victims. Egypt regularly experiences serious road or rail accidents due to uncontrolled traffic, obsolete vehicles poorly maintained and monitored roads and railways.

The deadliest rail tragedy in Egypt’s history occurred in 2002 when a train burned down 370 people about 40 kilometers south of Cairo. According to the Egyptian Bureau of Statistics, 1,793 train accidents were recorded in 2017.