Agreement for an underwater power line between Egypt and Cyprus 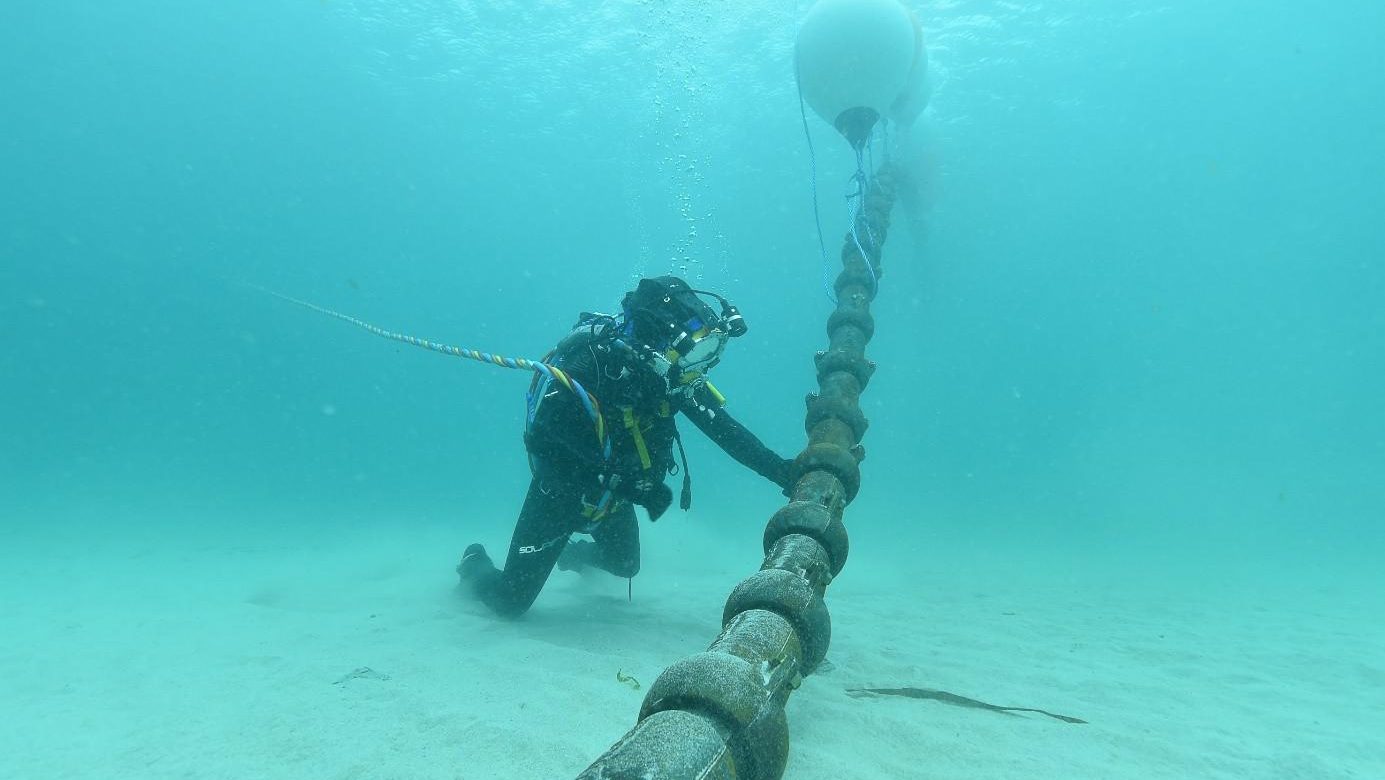 Egypt signed an agreement on Thursday with a company based in Cyprus to install a 310-kilometer submarine cable between the two countries to export electricity to Europe, said the company in charge of the project, EuroAfrica Interconnector. This agreement, worth €2 billion, was described as "historic" by the Chairman of the EuroAfrica Interconnector Strategic Council and former Cypriot Foreign Minister, Ioannis Kasoulides.

Two billion euros. That is the amount of the contract signed between Egypt and Cyprus for the installation of a submarine cable between the two countries.

The installation of the submarine power cable, which will sink to 3,000 meters below sea level, is expected to take three years to complete. During its first phase of operation, the cable will have a power transfer capacity of 1,000 MW, which may double thereafter. “The Egyptian electricity grid will be connected to the European system through Cyprus and (this) will contribute to energy security,” added the president of the Nicosia-based company, whose project also plans to connect the Mediterranean island to Greece via Crete.

Since the annexation of the Ukrainian Crimean Peninsula by Moscow in March 2014, the European Union has been seeking to develop alternative means of importing energy to reduce its dependence on Russia.

Recent discoveries of major gas fields off the Egyptian coast are now meeting the domestic needs of the most populous Arab country. Egypt is now seeking to develop the infrastructure to export its energy, both in terms of electricity and liquefied natural gas.

Cairo is also seeking to import gas from Cypriot and Israeli fields to make the natural gas liquefaction equipment installed on its coasts profitable. In September 2018, Cairo signed an agreement with Cyprus for the construction of the first submarine pipeline transporting Cypriot natural gas to Egypt – a distance of a few hundred kilometers – before its re-export to Europe.

The discovery of deposits in the eastern Mediterranean has brought Egypt, Israel, Greece, and Cyprus closer together on these issues.