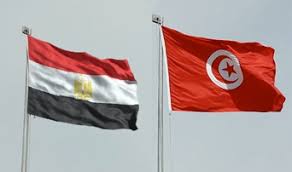 Egypt-Tunisia relations are growing steadily. On the occasion of the 2018 Futurallia Business Forum that was held in Tunis from the 14th to the 16th of November, Egypt and Tunisia have signed a protocol of cooperation and partnership on the establishment of the Tunisia-Egypt Business Council to boost trade volume between the two countries, develop investment and business opportunities and promote the Egyptian economy in Tunisia.

On the sidelines of the 22nd edition of the Futurallia Business Forum that was held in Tunis, the Association of Egyptian Businessmen and the Confederation of Tunisian Citizen Enterprises (CONECT) organized the first session of the Tunisian-Egyptian Business Council. The creation of this council, headed by Abdul Alim Nawara on the Egyptian side, was announced on November 9th. It aims at:

Another meeting must be held by the council’s board to examine the most pressing economic issues and promising opportunities and submit its recommendations to the Egyptian and Tunisian governments.

During the fifth round of talks of the Egyptian-Tunisian trade and industrial committee, the Egypt’s Minister of Trade and Industry Amr Nassar has revealed that the volume of trade exchange between his country and Tunisia during the first half of 2018 amounted to $214 million, including about $38 million Tunisian imports and $176 million Egyptian exports.

At the end of 2017, the National Institute of Statistics also reported that the volume of trade between the two countries amounted to 831,294,797 imports and 101,986,857 Tunisian exports.

As regards The Tunisian-Egyptian Business Council, it will help maximize the benefit from the resources available on both sides to achieve effective cooperation and promote the creation of joint ventures.

It should be noted that Egypt and Tunisia have distinguished historical relations, both politically and economically, as they share compatible viewpoints on the regional and international issues and face common challenges, foremost of which are the multiple terrorist attacks and the Muslim Brotherhood movement.