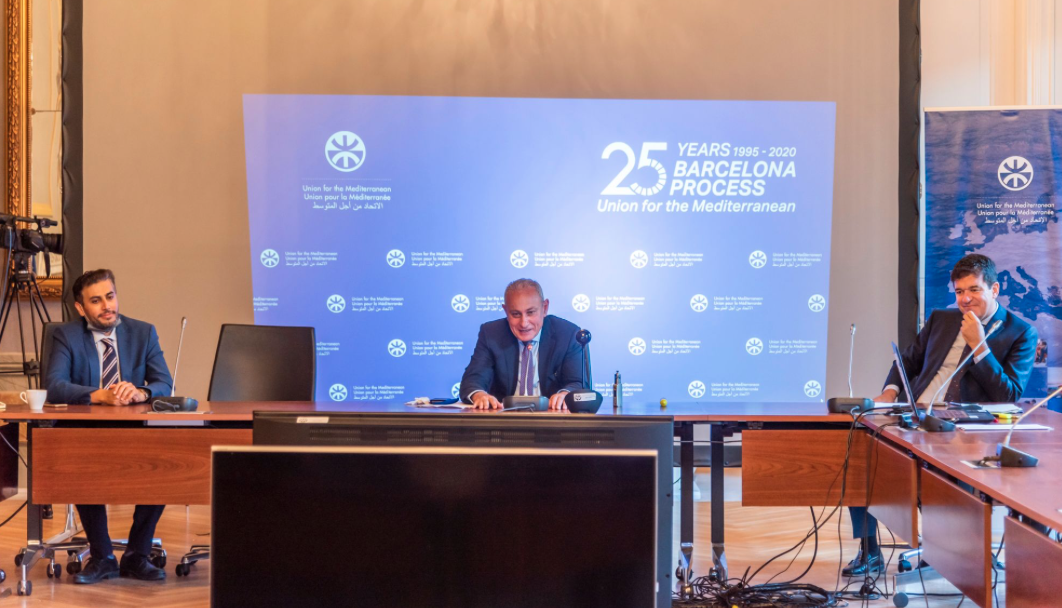 Spain has unveiled its contribution of € 1 million in funding for the construction of the desalination plant for the Gaza Strip. It will provide potable water to 2 million Palestinian residents, thereby ensuring a lasting solution to the chronic and long-standing water shortage and humanitarian crisis in the Gaza Strip, where more than 95% of the water is not potable.

Within the framework of a virtual conference organized on June 26 on the theme of Palestine, the Secretary of State for International Cooperation of Spain, Ángeles Moreno Bau, met online with the Secretary General of the UfM, Nasser Kamel, and the Palestinian Minister for Water, Mazen Ghoneim.
They discussed Spain’s support for the construction of a desalination plant to supply water to 2 million Palestinians in the Gaza Strip. During the appeal, Spain announced a new financial contribution of 1 million euros to this vital project.
The Secretary General of the UfM, Nasser Kamel, underlined that: “This flagship project was the first to be supported by the Union for the Mediterranean. Spain’s support brings us closer to making it a reality on the ground, improving living conditions in the Gaza Strip and removing obstacles to economic development and job creation while contributing to regeneration and sustainability of the coastal aquifer ”.
This historic operation will be the largest infrastructure project ever built in the Gaza Strip. It consists of three integrated projects: the construction of a 55 million m3 reverse osmosis (SWRO) seawater desalination plant, a North-South transport system and a reduction project non-income generating water, as well as an associated solar power plant.
The project is now ready to be implemented because all the important milestones of all the preparatory stages have been completed, including in terms of governance, carrying out the required feasibility studies, as well as solutions for energy supply and financial mechanism for donor contributions. With the support of Spain and the rest of the international donors, the start-up contract for the construction works will be awarded this year.
Palestinian Water Minister Mazen Ghunaim said: “The Palestinian government is determined to set up this vital desalination plant in Gaza, thanks to the exceptional support of the UfM and the Spanish government, in order to meet the needs essentials of the population. Providing safe drinking water for all is essential to protect human health. “
The availability of fresh water in the Gaza Strip, one of the most densely populated places on the planet, is among the lowest in the world. At present, 2 million Palestinians in Gaza depend almost exclusively on the coastal aquifer as the only source of fresh water in the region, which is insufficient to meet demand both quantitatively and qualitatively. Only 3% of the water pumped from the aquifer, and consumed by an ever-growing population, meets the drinking water quality standards of the World Health Organization.
In addition to the endowment of the project and as part of the 25th anniversary of the Barcelona process, Spain has announced a contribution of 500,000 euros to the Union for the Mediterranean. “The UfM welcomes this financial support which shows Spain’s firm commitment to the Mediterranean region and its ambition to conduct positive cooperation programs with a view to promoting human and sustainable development,” said the secretary. General of the UPM.
#DecisionMakers #EconomicAnalysis #Economy #InternationalTrade #News #Politics #Spain #Water #ISRAEL #PALESTINE