How does spatial proximity of firms contribute to the transition of the EU-Med region ? Analysis by the researcher Anna M. Ferragina 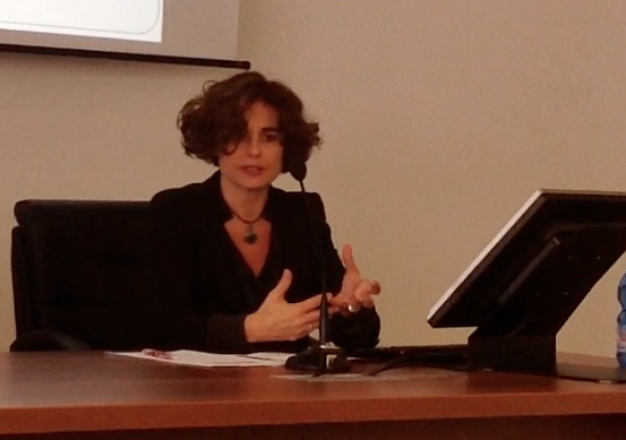 In the latest FEMISE Policy brief, the researcher Anna M. Ferragina working at CELPE, University of Salerno (Italy) provides policy implications and recommendations on how firms’ productivity react to spatial economic drivers of growth related to agglomeration economies, clustering of innovation, and localisation of FD.

In this paper, the researcher Anna M. Ferragina observes how these features interact with firm characteristics (specifically size, ownership, and innovation) focusing on three case studies: Turkey, Italy, and Tunisia.

She  tried to answer some questions : « do firms localised in clusters of production exhibit a higher productivity? How far concentration of innovation of co-located firms is able to increase productivity? Is there a complementarity between domestic and foreign firms? »

Anna M. Ferragina considered Italy, which provides an important benchmarking, as the most critical observatory among North Mediterranean countries for analysing the positive and negative impact of regional agglomeration of activities. This is due to the traditional relevance of regional clusters of development (Industrial Districts).

Concerning Turkey and Tunisia, these countries are facing to an emergence of innovation clusters, science parks, incubators, special economic zones (SEZs), centre business districts (CBDs) (in Tunisia) and an increasing role of foreign MNEs. They also reflect a large dispersion of income, development, and infrastructural levels at regional level.

In addition, positive and highly significant returns were found concerning the innovation spillovers from the number and the output of domestic and foreign firms which carry out R&D.

In Italy, the analysis shows evidence in favour of agglomeration and innovation spillovers at local level on firm productivity. However, horizontal spillovers from agglomeration at local level are mainly stemming from non-multinational firms rather than from the localisation of foreign multinationals. Firms also benefit from innovation of domestic and foreign companies operating in the same sector and province.

The researcher found quite similar results for Tunisia. Overall, there is evidence in favour of a positive impact of specialisation economies. It seems that specialisation is a strong pushing factor of output at regional level. However, innovation spillovers from foreign firms’ localisation in the region are not verified, as in Italy.

In conclusion, output is higher where there is regional clustering of activity. There is positive evidence of regional 5 spillovers from agglomeration and from innovation, although there is only a weak evidence of a positive impact of foreign firms.

The results of the study confirm the efficiency of clusters of SMEs in South Mediterranean countries and helps identifying key drivers and patterns of localised production providing a benchmark of analysis.

Another policy target for the government should be investing in transportation infrastructure, easing access to housing and developing regional complementarities. This would lead to a more sustainable convergence of standards of living among regions in the longterm, and would reduce the exploitation of resources along the coast and the pressure on natural resources

In collaboration with Femise
©Femise